The Disaster Chronicles: Death by Chocolate

This past December, I swallowed my baking pride and decided to start posting a series called The Disaster Chronicles ; my own "fail blog," if you will. My most recent disaster was an incident beyond salvation: burned chocolate. A baker’s best friend, chocolate can easily become a baker’s worst nightmare. This might seem impossible, but the desolate mess sitting on my countertop was a definite reality. I had burned chocolate, in a double boiler! How is that even possible!? This wasn’t just any chocolate, mind you – this was Ghiradelli 60% Bittersweet Chocolate. Pricey chocolate + melting crisis = disaster chronicle material. 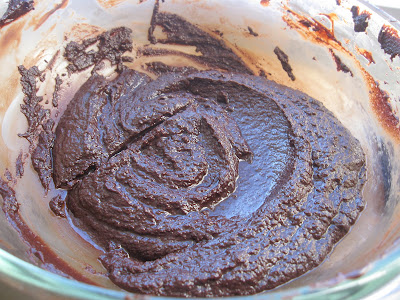 There are a number of ways to melt chocolate – the basic method, the ganache method, the boiling liquid method, etc. The two that I have used the most are the basic method and the ganache method. The latter is my favorite way to melt chocolate – you basically bring heavy cream to a boil over medium heat, then pour the cream into a glass bowl filled with chopped chocolate. Allow that to sit for a minute or two, then begin to slowly whisk the mixture starting from the middle and working outwards; works EVERY time! 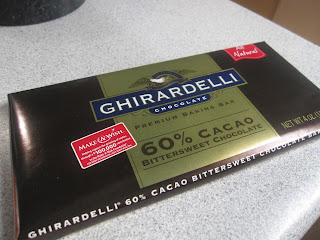 The basic method is a little trickier. By basic, I mean that no other additive is used: no butter, no milk, nada. This means that the melted effect will rely solely on the chocolate itself, and can either make for a beautiful result or a scorched mess. I still appreciate the double boiler method, but the absence of additives here makes it difficult to control the a) speed the chocolate melts and b) heat exposed to the chocolate. This specific recipe I was making (chocolate buttercream) called for the “basic” method, and adding heavy cream or butter would have upped the overall weight of the final product (another taboo in the baking scheme of things). 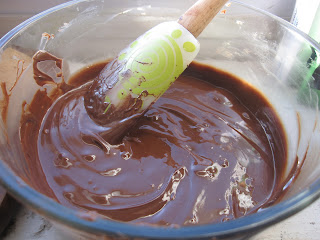 Anyways, I needed an alternative – I didn’t want to risk losing another 12 ounces of high-quality chocolate. It was then I remembered a conversation I had had with a rookie chef. She had made chocolate covered strawberries, and used the microwave to melt the chocolate. Not only did the chocolate melt beautifully, but she believed the method was far more manageable than using a double boiler. Granted, either method can result in burned chocolate, but it’s all about manageability. With a microwave, you can stop or start the melting process throughout: warming the chocolate at 20-second intervals, stirring in between, made for fabulous melted chocolate, with little to no mess! 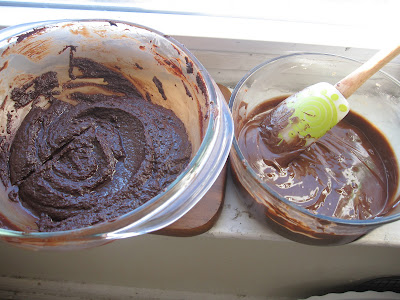 So this was a short little entry, but an important one nonetheless.  Moral of the story: when a recipe calls for a “basic” method of melting chocolate (i.e. melting chocolate without the help of additional fats), the microwave is a pretty safe bet.
Posted by Anne Gregory at 11:23 AM