Maker's Makes its Mark on Pies

When you think of Maker's Mark, it's rarely common to think of homemade pies. But this particular spirit can lend its flavor to a variety of dishes, from dessert pies to meat marinades to mashed potatoes. Maker's Mark especially hold a distinct flavor, combining both a sweet and oaky taste that sets it apart from other whiskeys.
I have used Maker's twice in pie baking, and both produced amazing results. The flavor of the whiskey is the point in this ingredient, the actual alcohol (for the most part) cooks out during the baking process. I would recommend omitting the ingredient entirely, though, if a) whiskey is a flavor you have an aversion to or b) children will be eating some as well (the flavor will probably be too much for them). 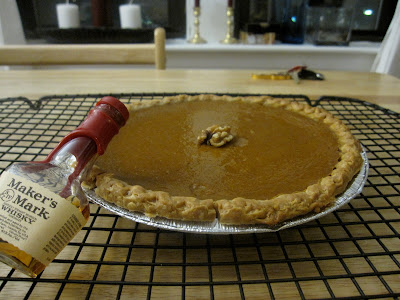 My first pie is a Pumpkin Bourbon Pie. My friend Maya was hosting a wine & cheese party, and I was asked to bring dessert. Beth (from the previous post) begged me to make something using bourbon: having completed her undergrad in Kentucky, she had a huge craving for a baked creation involving Maker's. 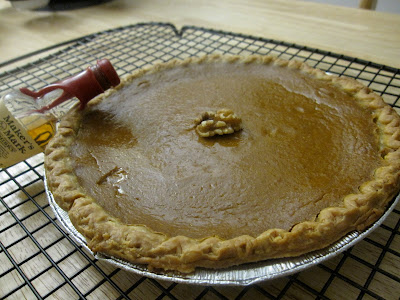 This was around October, so a pumpkin pie was the first thing that came to mind. I was a little anxious on what the whiskey would do to the flavor as I had never baked anything with liquor as an ingredient before. Guys, trust me, this is an AWESOME pie! Pumpkin pie alone is always amazing, but the bourbon gives it a deeper flavor with more of a kick. I swear you will not regret having included it in the final product.
There is one warning I will issue about this recipe: there is an optional bourbon whipped cream included. As the bourbon does NOT cook out of this part, it is a much stronger presence. I would either recommend halving the amount of bourbon called for or omitting it entirely. The pie stands alone quite well without it, so there's no need to overdo it.
Pumpkin Bourbon Pie
Libby's Recipes
Serves 8
Ingredients
Directions 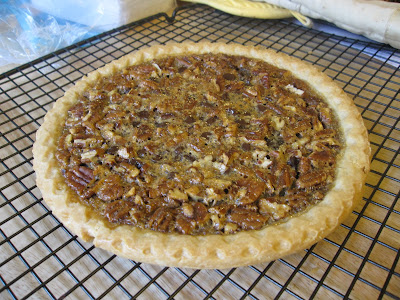 The second pie I used bourbon in was a Kentucky Derby Pie, or a Chocolate-Bourbon Pecan Pie. This recipes was to die for! Once again, my Kentucky friend requested a bourbon creation only this time to celebrate the Kentucky Derby race in May. She was throwing a derby party, so on top of the derby pie there would also be hats, flowers, and mint juleps. 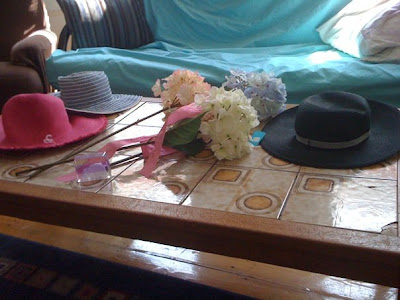 This pie was simple, the only difficult part was incorporating the hot mixture into the egg mixture. Whisking constantly at this stage is crucial to preventing the eggs from cooking. Once in the piecrust, though, it's as smooth sailing. 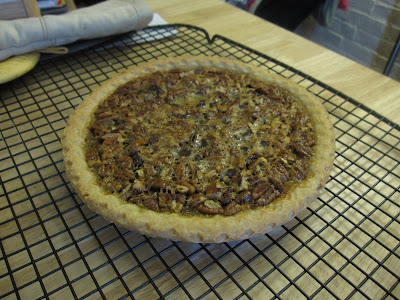 Two changes I made: rather than dark corn syrup I used light (all I had at the time) and I only used 1 1/2 teaspoons of vanilla since I ran out on that very recipe :-/ Other than that, I followed it to a T and the result was both beautiful and delicious!
Chocolate-Bourbon Pecan Pie
Southern Living
Serves 8
Ingredients
Directions
Posted by Anne Gregory at 6:19 AM

Hi Rachel! That would be AWESOME! Please do - I've stopped posting recipes to this blog and am now posting recipes to my NEW blog at ClassicalKitchen.com :) I use Maker's Mark a LOT in my cooking - there are a few here that your fans might like as well:

Thanks again for checking out my blog, and happy cooking!

Thanks Anne! I'll definitely check it out!